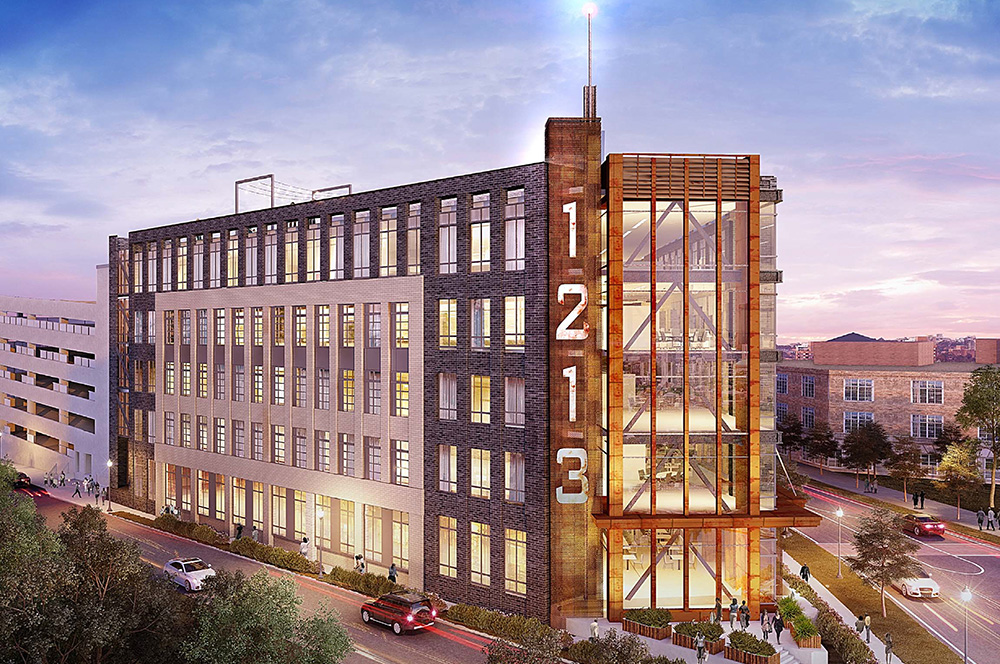 Construction on The Refinery, at 1213 W. Morehead St., began about two weeks ago, according to Jay Blanton, founder and managing principal at Insite Properties, the project’s developer. Insite is developing The Refinery in a joint venture with real estate asset private equity firm Northridge Capital.

The five-story, 107,000-square-foot office and retail project broke ground 100% speculative, Blanton said, speaking to the confidence Insite has in the overall submarket.

Insite also owns the Grinnell Water Works building about a block away from where The Refinery will rise. Blanton said that building, among others along the West Morehead corridor, are 100% leased, meaning there’s no vacant space for tenants interested in the neighborhood immediately west of uptown.

Blanton said nearby apartment projects coming online, including a 287-unit community under construction down the street, will help drive activity to the retail component of the project.

Though no retail or office tenants have yet signed on at The Refinery, Blanton said there have been several prospects, including users in law, accounting, architecture, shared-use, design, construction and tech. Both national and regional retailers are looking at the project, he added.

Barry Fabyan and Charley Leavitt at JLL are leasing the office space at The Refinery. John Hadley at The Nichols Co. is leasing the retail component, which equates to about 16,000 square feet on the ground floor. Retail spaces will be 16 feet in height, Blanton said.

The four floors of office space at The Refinery include 22,500-square-foot, “corporate-sized” floorplates, Blanton said.